Z-wave has caused quite a revolution in smart automation, starting with z-wave dimmers. Smart dimmer switches are usually one of the first things newcomers to the field of smart home systems turn to, so it’s important to get the technology right. Z-wave dimmers function as a mesh network, connecting to one another rather than to one central control point, which makes them less likely to malfunction or face interference from other protocols, and also extends the reach of each system. Companies producing z-wave dimmer switches and other z-wave smart products have made sure to apply the same standards to all their solutions in order to achieve maximum compatibility and interoperability for the end user. One of the questions which often arises when chosing the right product is whether to buy 2 wire or 3 wire dimmers. This depends on your home lighting system. While the majority of systems in Europe use two wires (plus Earth), it is always smart to double check. The difference between the two systems is in the number of wires coming out of your existing (dimmer) switch – three (Earth being the green one) most certainly means a 2 wire system, while 3 wire systems employ a fourth wire, the Neutral. Once you have confirmed the nature of your lighting system, another thing to consider when buying z-wave dimmer switches and modules is their size. They have become increasingly smaller, with mini smart dimmers now among most popular, not least because they are usually installed behind the existing wall mounted switches, inside the wall itself. 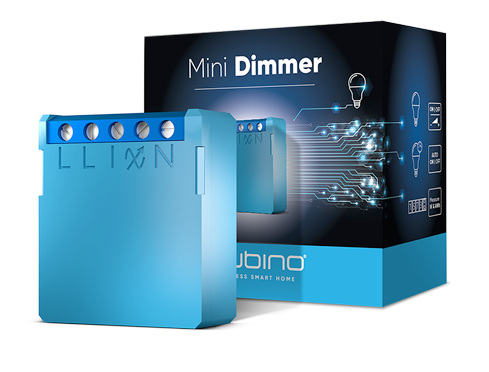